Home > Blog > Would You Involve The Police In Your Marriage Proposal? (Video)

Would You Involve The Police In Your Marriage Proposal? (Video) 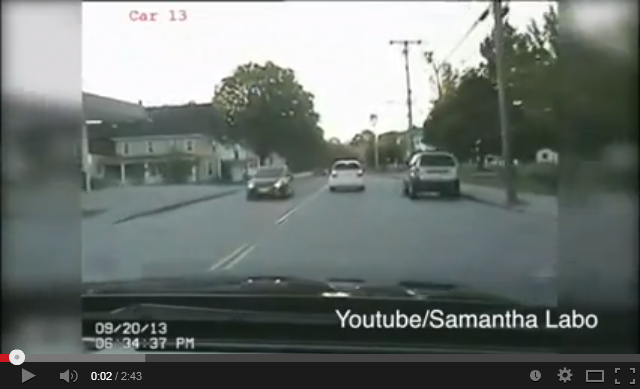 Last time we checked, the best marriage proposals were the ones that make a woman’s heart melt.  They make her feel like she is the most loved woman on earth.  It’s a moment every woman will remember and hopefully cherish for the rest of her life.  We say this because we do understand that playing a joke on someone can be fun, but when it comes to a marriage proposal… not so much.  We are sharing this marriage proposal video with you, because we want all grooms out there to know that just being creative with a marriage proposal doesn’t not always equal a good one.  Faking that you’re being arrested and scaring your girlfriend half to death before asking her to be your wife is probably not going to score you any points in the romance department.

Now when it comes to our second marriage proposal video, this one is way more in line with what you should be shooting for.  This guy really thought through his proposal idea from the standpoint of what she would want.  He created a romantic wintery environment, sang her a romantic song using an auto-tuned karaoke machine (so he sounded pitch perfect) and then got down on one knee for the official proposal.  Her reaction says it all.  Still, we will let you make your own choice.  Which proposal do you think she’ll want to remember and share with everyone for the rest of her life… police or winter princess?