Home > Blog > Kanye West Is An Involved Groom… Are you?

Kanye West Is An Involved Groom… Are you? 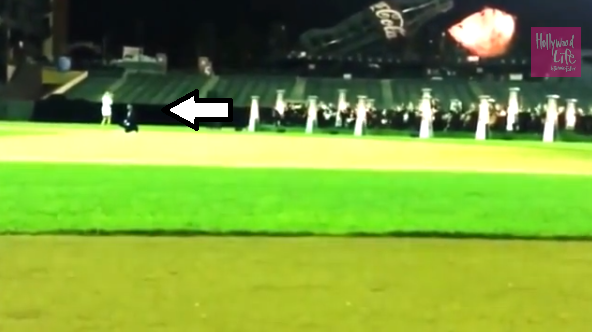 If you haven’t heard, Kayne West and Kim Kardasian are getting married.  Don’t worry; we’re not going to start doing a bunch of celebrity gossip posts.  There are plenty of places to get that information, if you want it.  We simply wanted to highlight the fact that Kanye considers himself a “Very Involved Groom”.  Good for you, Kanye.  Way to take part in this momentous day, and support your bride!

Before we get going too far, we should take a moment and recognize his efforts with the marriage proposal (see the video below).  I mean renting out AT&T Stadium, putting the words “PLEEEASE MARRY MEEE!!!” on the jumbotron, hiring a 50-piece orchestra to play “Young and Beautiful” by Lana Del Rey and of course inviting family and friends to share in the special moment (fireworks and all)… nice work!  He even asked Kim’s stepfather Bruce Jenner for her hand in marriage, before getting down on one knee.  Who knew he had all this in him.  Not bad Kanye, not bad at all.

After doing a little more digging, it was interesting to find out that he’s been giving certain aspects of his wedding some thought for a while.  So much so that he rapped about them in a track called “White Dress”.  In the song, he mentions the rock being a diamond from Lorriane (Kim’s 15-carat diamond engagement ring is designed by Lorraine Schwartz), flying to “Euro” (specifically mentioning Rome) for “the best summer ever” and some other specific details.  Well, we’ll see what happens as the wedding planning continues.  The point here though is that Kanye, like many other involved grooms, has some serious ideas about his wedding.  Like we always say, it’s a big day for guys too… so why not? In fact, He recently mentioned wanting the wedding to be in Paris, and is even willing to fly Kim’s family there out of his own pocket.  This may be one reason why Kanye is considering a public broadcast of their wedding, if the right amount of money is offered .  He is quoted saying, “You know me and Kim are in the exploitation business… we get paid to exploit ourselves.”  He’s got a point, but I don’t know if any amount of money would be worth having the whole world watching this intimate event.  That’s just me.  Especially considering almost every other moment of their lives has been and will continue to be on display to the world.  Most important, Kanye was heard saying that he can’t wait to make Kim his wife.  Even though this is positive to hear, marriage is a huge commitment.  I just hope he’s ready for the huge responsibility.