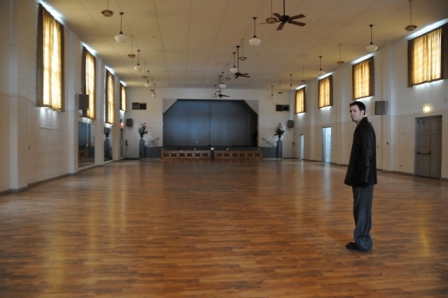 I recently read a post called "Surviving a Groomzilla".  Although I know those guys are out there, I honestly felt like most of the things mentioned as examples did not qualify. Now I know the idea of a Bridezilla or Groomzilla is never going to go away, and that's just the way it is.  And as much as I'd love to see every bride and groom plan their wedding together, that is not the ultimate point of this post.  What I'm getting at is this, we are at a pivotal point where we truly need a universal definition of what makes a bride a Bridezilla and a groom a Groomzilla.  Just saying a guy who has opinions about his wedding day a Groomzilla cripples the desire for future grooms who want to get involved.  Who knows... encouraging grooms about their wedding day could even help marriages stay together. Bottom line, I think we could do a better job at telling whether or not a groom is a Groomzilla, by going down the following road.

Let's simply take all the wedding day planning from a neutral viewpoint (not starting with it being the brides day and then working from there).  In doing this, it would be clear to see if either the bride or groom continually cross the line and bulldozes over the other with their opinions and ideas.  Then, when that happens, labeling them a Groomzilla or Bridezilla would seem appropriate.  It would also help to show that just because a guys wants to incorporate some ideas or activities into the wedding, he should not automatically be called a Groomzilla.  Let's go for a more positive name like "Involved groom".  Oh, and here's the comment I left on that article about groomzillas:

"...It ALL comes down to compromise.  My wife and I planned our wedding together and it was not stressful, because we shared the load.  That is ultimately what I’d like to see for all couples.  There is no right or wrong, it's just what they want their day to be.  How cool to have guests say: "This is so them".  I guess I don't see how a guy wanting to have an entrance song is being a Groomzilla.  A bride has her own entrance song, and she’s not labeled a bridezilla.  A bride can have a special photo session and no one thinks twice about it, but a guy wants to have some cool photos taken of him and he’s a groomzilla… really?  If a guy wants a whiskey fountain/bar, how does that make it less about the bride?  There was also a mention of changing the brides theme.  Well why is it automatically her theme to start with? Wouldn't it be better, if they came up with it together?  Just because these ideas have not been common in the past, shouldn’t mean it's an “outrageous demand”.  Should we let the standard from the past influence how we see the weddings of the future?  Honestly, if brides and grooms approached it as “their day”, more guys would desire to share in the planning and hopefully this kind of shared compromise would carry over into their marriage."